Kozhikode is also known as Calicut and is the third largest city in the southern state of Kerala. It is the headquarters of Kozhikode district. It was formerly the capital of an independent kingdom and later of the erstwhile Malabar district. The city has a lot of history and the historical significance of this beautiful city is what attracts tourists the most. Like every other city, the administration is what keeps the city running. 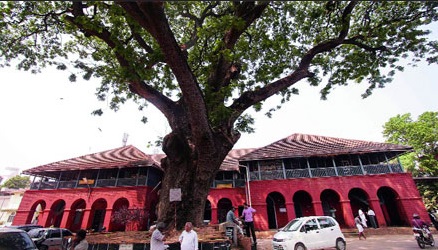 Every department of every administration work in unison and, thus, ensure the smooth operation of their duties. Ever since 1498, when Vasco Da Gama first landed in India (in Kozhikode), the trade route has been open to major countries around the globe and, therefore, administrative offices like the excise department, the Kozhikode Development Authority, the Regional offices of Urban Affairs etc. are on their toes most of the time. 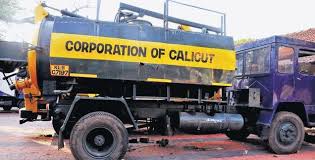 The state governments, under the municipal legislation, delegate and vest a long list of functions to the Municipal Corporation of Kozhikode. These functions include, but are not limited to public safety, public health, their welfare, regulatory functions, public infrastructure works and development activities. There are 18 functions provided in an illustrative list in ‘The Twelfth Schedule of Constitution’ which the municipalities may be entrusted with.

Planning for urban poverty alleviation programs, economic development and social justice, promotion of educational and aesthetic aspects are some of the development functions of Kozhikode Municipal Corporation, besides the traditional core functions. However, a wide variation in conformity legislation enacted by the state governments is indicated in this regard. The paper-work of this corporation includes dealing with the applications of ownership change, birth and death certificates, registration of marriages, tenders etc.

According to the 2011 Census, the total population of Kozhikode was 3,086,293. The entire population falls under the Corporation’s supervision. The Municipal Corporation is divided into the Mahanagar Nigam, the Nagar Palika (Municipality) and the Nagar Panchayat (Notified Area Council).

The Kerala Police, like other state police forces in India, is headed by an officer of the rank of Director General of Police (DGP). The Kannur Range falls in the North Zone, under which the City Police falls. Basically, there are two sub-divisions of the Kozhikode City Police Unit (for Administration, law and order etc.).

These are Kozhikode North and Kozhikode South. Further these two sub-divisions are spread to 16 different police stations and 6 circles. In Kozhikode, there functions a separate traffic unit, which ensures an effective enforcement of the rules and regulations regarding traffic. Various other branches of police are functioning in Kozhikode which include Crime Detachment, Armed Reserve, Special Branch, Control Room, Juvenile Wing, DCRB and Narcotic Cell. At Beypore, there is a special branch of Police called the ‘Coastal Police’ and a Coastal Police Station is running effectively over there.

The senior officers including the Police Commissioner help maintain the law and order of the city of Kozhikode. Overall, there are 14 Police Stations in Kozhikode which are under these senior officers.

Following are few of the many small courts in Kozhikode along with their phone numbers: