The culture of Kozhikode is distinctively visible in its language, music, songs, dances along this part of the Malabar coast. The city of Kozhikode has contributed in great measure to the literary richness of the culture and language through the rendition of folk songs and ballads known as Vadakkan Pattukal. These songs commemorate the deeds of brave legends like the great Tacholi Meppayil Kunja Othenan, the brave warrior who led many a battle against exploitation. He was called as the “Robin Hood of Northern Malabar”. 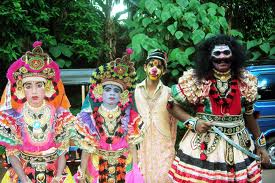 Songs are so ingrained in the Malabar culture that even the Muslims have them as a favourite pastime wherein they sing the Mappilapattu and the Oppana. They are distinctive tunes that have lyrics in a synthesis of Arabic and Malayalam. The litting music is haunting and has a mystic all its own that resounds down the coastal sounds.

Among the dances that are the unique signature of Kozhikode’s culture are the Koothu, the world famous and renowned Kathakali, the Ottanthullal and the intrepid Kaikottikali. The performances of these dances all over are the classical renditions of mythological and legendary tales. Besides, there are the Theria and the Theyyam. Both are ritual dance forms that are performed during specific ceremonies. In fact that entire dance routine in each of the performances is looked upon as an a special from of offering to the Gods.

Children and youth who want to devote their lives to the performance of Kathakali often do so with a sincerity and devotion that is hard to find anywhere. The traditional “Guru Shishya parampara” is followed here. In this form of student teacher relationship the teacher is everything for the student and vice versa. 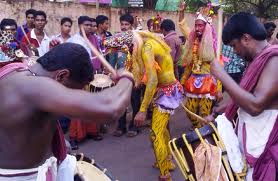 Kozhikode has its very own calendar of festivals all the year around. Some of the most significant festivals of the area are the Madapalli, Vadakara festival which is also called the Pooram festival held in March-April according to the Vikramic calendar every year. This festival is a great draw for devotees, pilgrims and tourists. It is held at the Arahkal temple in Vadakara. There is also the Kokanarkavu Bhagavathi temple situated at Mamuda in Vadakara. There are two major festivals held here in the months of March and April as well as November- December.

There are the Kadapally Kunkhom festival of Thera Pudupamam and then there is the Kaliatta Mahautsavam which is held in March in the temple of Vadakkara Shri Pisharikava Bhagavathi. This temple is devoted to mother goddess and is located at Vigyan, Thikkody. The Shivratri festival is a grand occasion held every year for seven days in February- March. This celebration is conducted with much fun and gaiety at Vettakkoruman Patta Tempel which is located in the Fort-Bulussery’s precincts at Koyilandy as also the Sreekanteshwara Temple Festival held at Kozhikode. Then there is also the Thacholi Manikkoth Temple Festival that is held in February each year. There is also the Appavamibha Nercha festival which is held at the Idiyangara Sheik Masjid.

All these festivals are marked by ‘Nadaswaram’ or the typical musical instruments of the South played together in a scintillating melody.

Another aspect of the literary and intellectual scene of Kozhikode is the Sanskrit-based discourse that is held annually between vedic scholars to gain the much desired and coveted title of ‘Pattathana’ or ‘knowledgeble one’. This debate is held at the Thali Temple and has been continuing unabated since the 13th century. It is a seven-day debate that is held during the Thulam month of the Malayalam Calendar.

The magnum opus of all festivals of Kozhikode are the grand Malabar festival which encapsulates the rich cultural heritage and traditions of Kerala. It is held every year between thirteenth to sixteenth January every year in the very heart of Kozhikode which is the Manachira Maidan. This festival offers a panaoramic view of the culture of Kozhikode.

Named after Pazhassiraha Kerala Varma of the Kottyam Royal Family, this famous museum and art gallery has much to display in its small halls. Highly acclaimed paintings of some of the famous artists of Kerala are displayed here. Raja Raja Varma and his nephew were two very famous artist who were recognized internationally as well. Their works have been displayed in this art gallery. Managed by the Department of State Archaeology, this museum & art gallery also displays umbrella stones, models of temples, antique bronzes, dolmenoid cists and mural paintings.

This Gallery is also famous in Kozhikode. Also known as the ‘National Academy of Fine Art’, this art gallery is funded by the Ministry of Culture. This is a government institution and its motto is to develop, spread and promote the fine art culture of India. Read More

Click Here for More Details on Art Galleries in Kozhikode

A few auditoriums in Kozhikode are:

Click Here for more Details on Auditoriums in Kozhikode