If Kerala is known as “God’s own country", then the city Kozhikode is definitely God's hometown. Also known as Calicut, Kozhikode offers tourists a diverse show of India's culture and its basic roots. The traditional Indian values of the people of Kozhikode can sweep your heart away in an instance. Kozhikode is located in the southern part of India on the Malabar Coast. The Portuguese explorer Vasco Da Gama had landed at Kozhikode in 1498, thereby helping in opening the trade route between the European countries and India. 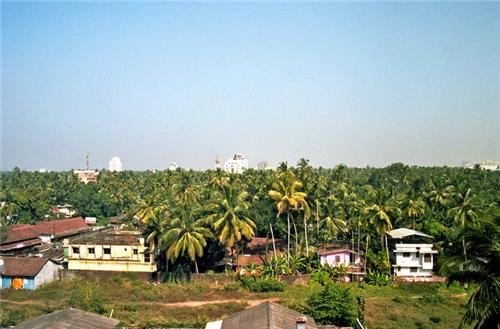 Kozhikode was called the 'city of spices' in the middle ages because during that time Kozhikode was the major trading point of spices from the East, and recently Kozhikode also came to be known as the 'city of sculptures' because the various parts of the city has many architectural sculptures located here and there. Calico (a cheap plain-woven textile made from unbleached, and often not fully processed, cotton) originated in Kozhikode during the 11th Century, got its name from 'Calicut' (the other name for Kozhikode) and became extremely popular in Europe.

Many prominent writers of Malayalam literature like S.K.Pottekkatt hail from Kozhikode. The city has a tradition of appreciating ghazal and Hindustani music. The film history of Kozhikode dates back to the 1950s. Some of the main production companies of Malayalam films are Kozhikode-based companies. It is the third largest city in Kerala and is ranked as the second best city in India to reside in, according to data compiled by the economics research firm 'Indicus Analytics'. This is mainly because Kozhikode boasts of its beautiful beaches, lush green nature, wildlife sanctuaries, its cuisines and a number of historical sites. All these also make Kozhikode a wonderful place for tourists.

Some of the few sites and places that Kozhikode offers its tourists are:

Thikkoti Light House: You would definitely not want to miss a picnic at this light house. It has a historical significance and the entire region around the Velliyamkallu Rock is also home to various migratory birds. This light house is a fearful reminder of an accident of a ship, from the wrecks of which this light house had been set up. 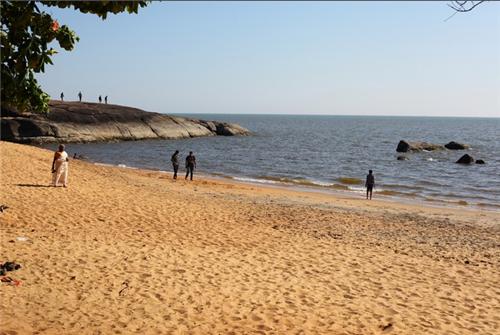 Kappad Beach: Wouldn't you want to visit the beach where Vasco Da Gama had first put his foot in India? We guessed so... It is one of the most beautiful beaches in Kozhikode and can also be reached by taking a canoe ride on the backwaters of the famous Korappuzha River. The beach is stretched over a long distance, along which you will be seeing a rock which has a temple built on it. This temple is more than 800 years old.

Kozhikode Beach: No, it is not just one of the many beaches that Kozhikode boasts of. It has much more to offer. Not only does it have a historical significance, it is undoubtedly the most serene and naturally beautiful beach in Kozhikode. This beach is close to a few big attractions like The Marine Water Aquarium and the Lion’s Park.

Vellari Mala: One of the famous spots for trekking. Lots of different trekking routes are there over here. This place is filled with beautiful landscapes and the picture-perfect views provide you an ideal place to enjoy a picnic with the family. Relax yourself or bring out your adventurous side.

Tali Temple: Each year an annual festival is hosted here which consists of many intellectual and cultural events. Apart from this, the Tali Temple have an architectural significance. Laterite and wood make a remarkable combination and this is what this temple is made out of. 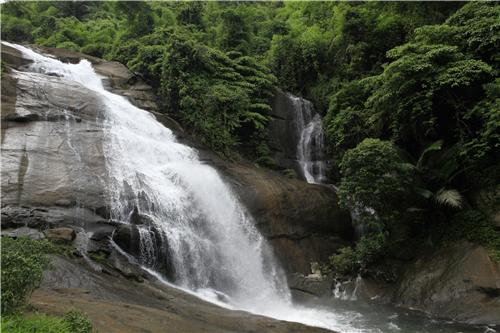 Thusharagiri Falls: It is a place with a beautiful surrounding and offers the tourists to indulge in various adventure sports like rafting and trekking. The natural beauty surrounding this place in itself is sufficient to help you pass your day. The various sanctuaries nearby add up to the list of reasons why this place is a must to visit.

Museums: Kozhikode has much to offer the historians and people who are interested in art and culture. There are two museums in Kozhikode: The Krishna Menon Museum and The Pazhassiraja Museum. There is an entry fees but these museums are worth a check out. They both are located right next to each other but are totally different. The art section of the Krishna Menon Museum displays exquisite paintings, ivory objects, intricate woodcarvings and modern paintings, whereas the Pazhassiraja Museum houses several historical and archaeological artefacts such as antique bronzes, gold coins, paintings, ancient stones, etc.

Kadalundi Bird Sanctuary: Though a little far (around 19 kms ) from the main city of Kozhikode, this sanctuary has a river flowing across it, thus, making it more beautiful than the others. The river Kadalundi flows into the Arabian Sea and the hillocks at the Sanctuary provide an excellent view of the sea and the mouth of the river. Also locally known as Kadalundi Nagaram, this sanctuary houses more than 100 native birds and over 60 species of migratory birds. Apart from the birds, several kind of fish, crabs and mussels can also be found at this beautiful sanctuary.

Peruvannamuzhi Dam: Located amidst the hills, the dam and the garden around provide you a very relaxed feeling. Take a day off to relax with your friends and/or family. Also available there are facilities for rowboat and speedboat cruises which take you to ‘Smaraka Thottam’ which is a garden built in the memory of the region’s freedom fighters. Adding to the charm of this place is a bird sanctuary, a crocodile farm and uninhabited islands.

Though there is a very famous amusement park around 90 kilometers from Kozhikode, it loses out because of its distance from the city. It acts as a weekend getaway, but during the weekdays it gets difficult for the people in Kozhikode to head out here. The only other amusement park in Kozhikode is the Lion’s Park. It is basically a theme park for children and is located close to the Calicut Beach. The whole family can enjoy the many rides this park has to offer. The elders can just sit by the sea-side and enjoy the beauty of the beaches of Kozhikode or the setting sun in the background. Food services are also available here. Washroom facilities are also provided. It is open every day from 3 pm to 9 pm.

The best time to visit Kozhikode would be from October to February (the winter season). This is because the weather is most pleasant during these months. In summer it gets very warm and humid. In the monsoon, the heavy rainfall prevents you from getting out of the room. Therefore, the winter season is ideal for tourists.

The city of Kozhikode offers various transport facilities for tourists like Air, Rail , Road and Water.

By Air: Kozhikode (Calicut) can be reached by air and many leading Airlines have direct flights to Calicut.

By Rail: The railway network is well connected and there are trains to Kozhikode from major cities of India.

By Road: National Highways connect all the major cities in India to Kozhikode.

By Boat: The port of Kozhikode runs along a coast line extending from Elathur cape to the southern back of the river called Kadalundi, and treads almost in a straight line. The coastal and foreign trade is open in the ports of Kozhikode, Beypore and Badagara.

In Kozhikode City: Taxi services and auto-rickshaws are easily available and not very expensive. Sit back, enjoy the rides and witness some of the most beautiful sites of this beautiful city

Click Here to Read More on Transport in Kozhikode