The East Hill Bungalow that houses the rare and ancient artefact of the region was a building constructed by the British administrators in 1812. It was converted into a museum to house the archeological treasure, however, much later in 1976 to be precise. It came to finally being known formally as the Pazhassi Raja Museum in 1980. 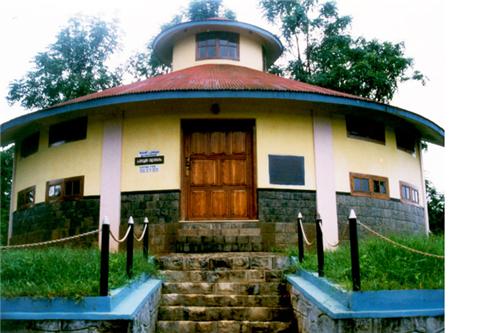 The archaeological rarefacts at the Pazhassiraja Museum date back to the megalithic age and the Indus Valley Civilization. These artefacts are in the form of a collection of chards of ancient pottery, metal sculpture, earthenware toys, coins and models of temple. Burial remains or ashes of the dead besides the tomb stones also called the ‘Umbrella’ stones can be formed here. Besides these treasures of the bygone ages the museum is known to house a large collection of the war weapons and other memorabilia of British and French soldiers.

The unique collection of the museum is its special array of Panchaloha idols as well as stone sculpted statues that have been collectively called the ‘war heroes’.

The museum is under the management of Kerala State Archaeological Department. It was allocated a seventy six lakh rupees grant for its renovation and refurbishing to convert it to an excellent display area for showing off the rare collections depending upon their size ranging from rare coins to whole dolmenoids or actual life-size quadrangular stone and wood burial chambers along with their capstones.

The Pazhassi Raja Museum has been named after the legendary freedom fighter Pazhassi Raja Kerala Varma belonging to the Padinjare Kovilakom royal family of Kottayam. The royal prince had taken up the fierce Pazhassi Revolt against the well established East India Company in the eighteenth century (1900s). His fiercelessness and bravery earned him the epithet of ‘The Lion of Kerala’. He was the master of conducting guerilla warfare among the jungles of the Wayanad hills. His main ire was against the colonialism spread by the British. Pazhassi Raja met his end in a chance encounter on thirtieth November eighteen hundred and five. Keeping his bravery and legendary guerilla tactics in minds the Indian government commemorated the strategic museum with his name. Thus, the Indian population remembers this legendary figure and his brave exploits on the basis of this museum. 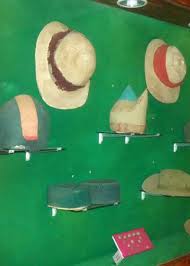 The collections of the museum are virtually an invaluable treasure for any scholar, researcher, historian, archaeological experts or academician interested in the antiquities of the region. The collections in the Pazhassi Raja museum can be timed from the megalithic age to the Indus Valley Civilization. The latest collection to the museum is its vast collection of British war weapons along with a member of uniforms, caps, medals and medallions of the British, French and Portuguese invaders to Kerala.

Besides these mementos of the foreign infiltrators into the Indian territory there are relics of the bygone ages well-preserved in the confines of the museum. These artifacts that are the remnants of the regions, historical past range from the annals of time of 1000 BC through 200 AD. All these artifacts have been duly dated, conserved and preserved by the dedicated and learned curator of this Museum who is K.S. Jeevamol and who looks after the Museum for the Kerala State Archaeological Department.

Not only is the Pazhassi Raja Museum a repository of the historical artifacts of bygone ages, it is also the holder of the largest art gallery hosting the works of the celebrated painter Raja Ravi Varma (1848 to 1906) whose realistic paintings of mythological heroines brought international repute to Kerala and his royal uncle the much adored by the people Raja Raja Varma. Besides these paintings there are also several exquisite murals, models of temple and various other oils made by several erudite masters of the brush strokes.

Timings: While the Pazhassi Raja Museum remains closed on Mondays and all the public holidays the visiting hours of the museum are from nine in the morning to four thirty in the evening with a break from one in the afternoon to two in the noon. The contact number are +91 495 2384382 and are available during the working hours of the Museum.

How to Reach Pazhassi Raja Museum

The ways of getting to the Pazhassi Raja Museum are by rail up to the railway station at Kozhikode which is quite near the Museum.

By air: The nearest airport is Calicut International Airport. The airport is a drive of twenty three kilometers from the Kozhikode town.

By road: The Pazhassi Raja Museum can be reached from Kozhikode town along the following route: Heading south from Edapally-Panvel Highway towards the Manvoor road. After traveling about one kilometer take a right towards the G Tec Jet onto the flyover. After taking a left at the Edapally – Panvel Highway then turn right at the K K Bakery and the Cool Bar onto the Edapally-Panvel Highway and taking a right one reaches the Blessed Chavara Educational Trust on to the Mini Bypass road. Taking a slight left after four kilometers at the MC Sons and Bakery and Cool Bar and traveling for about half a kilometer one comes to the destination which is the Pazhassi Raja Museum.