Kozhikode was the first city to have multiplex shopping mall in Kerala. However, as the time passed, several new shopping malls have sprung up in this city at different locations. These malls have standardized the shopping pattern in this city by promoting shopping at one place. These shopping malls have also promoted the brands of several countries along with local handicraft in Kozhikode. Further, areas like Arayidathupalam and Mavoor Road witness the concentration of popular malls in Kozhikode. Apart from these established malls, there are several other malls that are to be established at different important locations like Thondayad Bypass, Mankavu Bye Pass, Mavoor Road, Swapna Nagari and Nadakkavu in this city. The names of such malls are MERCATO mall, Lulu mall, Mall of Joy, Confident Group mall, Grand Hi Street Mall, ACE Mall, Hilite Mall and Space mall. At present, The Focus Mall is among the most popular and biggest mall, which is located in the heart of Kozhikode city. It is the center of attraction of keen shoppers, which has stores of various best retail brands of entire world. It is also popular for having the largest food court in the state. Apart from Focus Mall, there are several other popular and crowded mall in Kozhikode like Marina Mall, Emarald Mall, R P Mall, Blue Diamond Mall, Sky Tower Shopping Mall, Daruselam Complex and Malabar Towers & Traders. 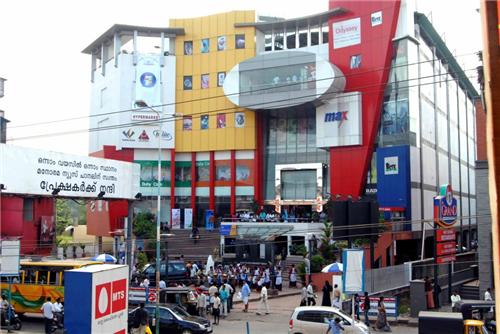 Below is the list of some popular upcoming malls that are likely to open for public after 2016.

Explore more about Shopping in Kozhikode