Sweetmeat Street or Mithai Theruvu, as is called in Malyalam, is known to be famous for its sweetmeat stalls that used to be lined up on both the sides of the street. Having the repute of being the most busiest street in Kozhikode, it is notable for selling anything and everything. 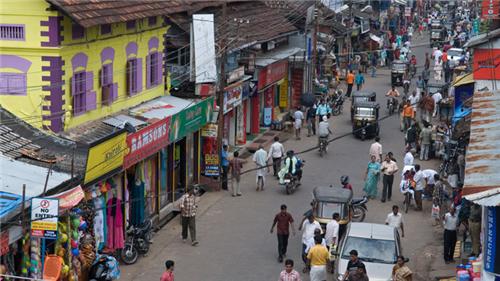 Having its origin as a popular place for sweetmeat, or halwa, and banana chips, the kozhikodan halwa is the specialty of the place. Prepared in pure coconut oil and mixed with dried fruits, the halwa is available in many flavors popular in the region.

Apart from sweets, you can also munch on the biryani, another popular local delicacy of the region.

Shopping at SM Street in Kozhikode

The street provides a good place for shopping for both middle to lower class people, where the people can bargain with the vendors on the footpath, and for the high class people as well owing to the outlets offering branded goods. 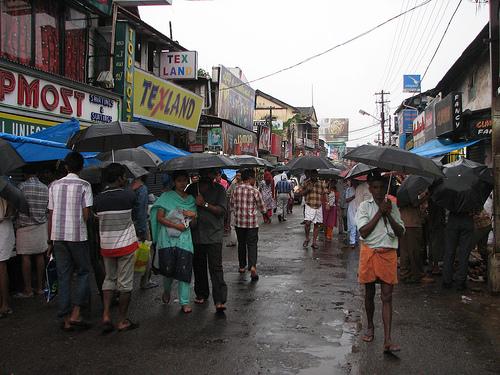 From sweets to spices, clothes to electronics, or handlooms to textiles the street offers everything which caters to your needs. Local handicrafts namely carvings made out of rosewood and buffalo horns, coir products such as floor mats, doormats, brushes, mattresses; and the snake boat toys, are the most popular ones.

Calico – a soft textile made from partially processed cotton, has its origin in this city, Calicut, and hence the name. This textile is available in rolls, mainly for wholesale purpose.

The development of the street has not affected the historic structures, which keeps the population bound to their roots and culture.

The statue of S.K. Pottekkat, who came into light from his travelogue, Oru Theruvinte Katha, stands facing the street. The street also retains other small temples which are located along the street.

How to Reach SM Street

Being the most popular market, the place is crowded and thus the vehicles are not allowed inside the street. The transport can only drop you at the extremity of the street.

The transport facilities are available in the form of auto-rickshaws, buses, and cabs, are easily available at affordable rates.

Nearest railway station: Kozhikode Railway Station which is about 3 kms. From the railway station, head in the north from the railway station 4th platform road towards the old railway overbridge. When you reach the tea store and the milma booth, turn right onto the Big Bazaar, and take first left onto the KP Kesava Menon road. When you pass by the Asian Paints Colour Ideas Store – Safeway on the left, take the first right onto the Court road. You will pass by the Hazmil Cafeteria on the left, take a right at the Dreamland Fancy and Cosmetics, and you will the busy street on the left.

The street is busy round the year, especially crowded during Vishu, Onam, Bakri-ID and Ramzan, when the street remains open till midnight. The best time to bag good deals are the weekends and other holidays.

Explore more about Shopping in Kozhikode