Kozhikode, also known as Calicut, is one of the famous tourist destinations of India. The capital of Kerala (Thiruvananthapuram) is around 385 kilometers south of Kozhikode. Kozhikode has also been ranked the second best city in India to reside in. Kozhikode offers the tourists and the locals a lot of beautiful beaches, parks, museums, markets and historical places. Same can be said about the places that are close to Kozhikode. There are many places near Kozhikode which are a must to visit. Some of these places are perfect to visit for a day and then return back to Kozhikode. The transport facilities are excellent in Kozhikode and you can choose the transport which you find is the most convenient to visit these places. Some of the places worth visiting near Kozhikode are given below. 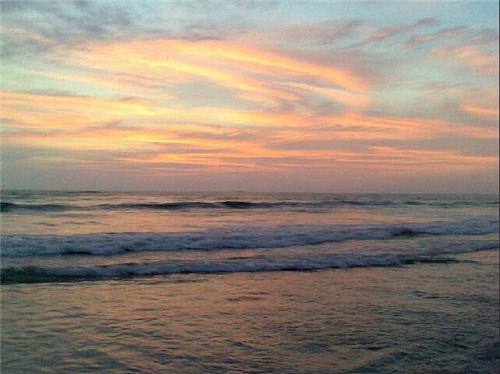 Hometown to the famous athlete of India- P.T. Usha, Payyoli is located on the Malabar Coast towards the Northern part. It is only 37 kilometers from Kozhikode. It is a village that is not too big in size, and lies in the Kozhikode District. It is a very peaceful and a quiet village, and is mostly famous for its beach and a few other spots. It has a museum known as the ‘Kunjali Marrakar Museum’ and has famous temples like the Velliyamkallu temple and the Trikottur Perumalpuram temple. The Payyoli Beach is a quiet beach with a lot of palm trees, where one can relax and enjoy the sunset. Another unique thing about this place is the ‘Payyoli Chicken Fry’ which is locally called ‘Payyoli Kozi Parichattu’. This place can easily be reached by train or taxi. The Ernad Express starts from Kozhikode every day at 12:40 pm and will reach Payyoli is just 34 minutes. The taxi will take you around 50 minutes.

Known for its varied heritage, the historical significance and the rich culture, Malappuram lies just 51 kilometers from Kozhikode. Malappuram in English means ‘Hill Top’ and it gives justice to its name. Mountains as well as small hills surround this place. Many of the immigrants from the Gulf are based here and they are a major attraction to the economists of our country, which has given rise to a boom in the economy, though unprecedented. Rivers like the Kadalundi, Bharatapuzha and the Chaliyar rivers flow through here, enriching the soil of this land. It has a historical significance as well, as the Mopila Revolt and the Khilafat Movement started from this place and thus this place marked its name in history. Oppana, a famous Muslim dance form, also started from this place.

Nilambur is a place 62 kilometers from Kozhikode and is also famous for Teak plantations. The Teak Museum, the Connolly’s Plot, the Adyanpara Falls, the Vellamthode falls, the rain forests elephant camps and the wooden rest houses are a few of the many attractions that this place has to offer. The Butterfly Park, the Bio Resources Park and the Amarambalam Reserved Forest are a must visit for the nature lovers. The Nilambur Kovilakam Temple is a very famous temple here. This place is well known for its natural beauty, it charming water bodies, the vast forests, its colonial past, the unique wildlife and the royal residencies. The best way to reach Nilambur from Kozhikode is by taxi which will take around 1 hour and 17 minutes. 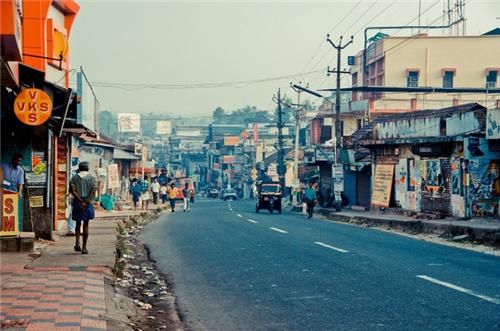 Kalpetta, located at around 71 kilometers from Kozhikode, is known for its coffee plantation and the picturesque mountains. It is around 780 meters above sea-level. Since it has many temples and shrines, this place is sometimes also known as a Hindu pilgrimage. Some of the famous attraction in this place are- the Sri Maha Vishnu Temple, Grammam Devi Temple, the Ayappa Swamy Temple, the Puliyarmala Jain Temple, the Varanbetta Mosque, the waterfalls of Kanthapara, Soochipara and Meenmutty. The Varanbetta Mosque is more than 300 years old and the waterfalls in Kalpetta have attracted a lot many tourists over the years. Luxury bus will help you reach there in 2 hours but the best way to reach Kalpetta from Kozhikode is by a taxi which will take around 1.5 hours.

Thalassery is located around 74 kilometers from Kozhikode. North Kerala is known for the many dynamic towns that it has, and Thalassery is one of them. This place is also known for being the birth place of the 3 Cs, namely cricket, circus and cake. Since it is very close to the coast line, it is a major commercial hub. The first Malayalam novel and newspaper originated from this town. Some of the famous tourist attractions of Thalassery are - the Fisherfolk Temple, the Thalassery fort, the Juma Masjid, the English Church, the Overbury’s Folly, the Vamil Temple, Government House, Odathil Palli, Randattara Cinnamon Estate, the Catholic Rosary Church, Wellesley’s Bunglow and the Muzhapilangad Beach. The best way to reach this place is by train or taxi. There are trains which are fast and can help you reach this place from Kozhikode in just 53 minutes. Taxis, however, take around 2 hours.

Ponnani is located at a distance of around 82 kilometers from Kozhikode. The Arabian Sea encircles this town from the West. It is well known for the many mosques and the long serene beaches. Being one of the oldest ports, this town has a major contribution to Malabar’s economy and trade. The Ponnani Lighthouse, the Ponnani Juma Masjid, the Saraswati Hindu Temple and the fishing harbor are some of the many tourist attractions of this place. Since this town has done a lot of work to serve as the center for Islamic Education for centuries, it is also known as the ‘Mecca of South India’. The best way to reach Ponnani is by a taxi, which will take around 1 hour 40 minutes to reach. 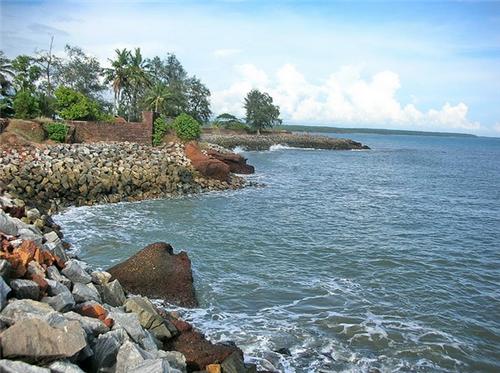 Also known as Cannanore, this place in the north district of Kerala is around 91 kilometers from Kozhikode. It is located at the border of the Arabian Sea and the Western Ghats. There is too much of history related to this place. It is mostly famous for the fabric industries and the folklore forms of the temples. Some of the temples in Kannur are the Kottiyur Temple, Sri Mavilayikkavu Temple, Sri Subramanya Swami Temple, the Sundareswara Temple, Oorpazhassi Kavu Temple and Sri Raghavapuram Temple. It is also known for the beautiful beaches that it has, such as Payyambalam Beach, Kizhunna Ezhara Beach, Meenkunnu Beach and the Muzhuppilangad Beach. It has many heritage buildings like the Holy Trinity Cathedral, the Gundert Bungalow and the Fort Saint Angelo. The Dum Biryani is a must try in Kannur and is one of the food specialties of this place. The best way to reach this place from Kozhikode is by train which will help you reach in around 1.5 hours.

Sultan Bathery is located at a distance of around 95 kilometers from Kozhikode and was earlier known as Ganapativatom. It is in the Wayanad district of Kerala and located at the border of Kerala and Karnataka. It got its name as Tipu Sultan (who invaded this town) utilized a famous temple of the Jains as a bathery. Apart from the historical significance, this place has much to offer in terms of the scenic beauty, the hills, the grasslands etc. Rich in agriculture, this place gets its income mainly from this. The Wayanad Wildlife Sanctuary and the Edakkal Caves are very famous tourist spots. Even the spice gardens are a must visit here. The fastest way to reach Sultan Bathary from Kozhikode is by taxi, which takes around 1 hour 43 minutes to reach. But the cheapest way to travel will be the State Bus.

Located at a distance of 104 kilometers from Kozhikode, this place has a historical significance as it is considered to Lord Krishna’s home. Similar to Kalpetta, this place is also popular as a pilgrimage destination. The Guruvayurappan Temple has an idol of Lord Krishna, which has made this place one of the main attractions for tourists. If we consider the number of people who visit the temples, the Guruvayurappan Temple will be the 4th largest in India. Other temples in this place are the ISKCON center, Mammiyur Mahadev Temple, Parthasarathy Temple, Harikanyaka Temple, Chamundeswari Temple, Chowalloor Shiva Temple and Venkatchalapathy Temple. There is a famous church here as well, known as the Palayur Church, which is mainly famous for its architectural design. The Elephant Camp is a major attraction here and the Chowallur Beach will help you breathe fresh air. Also worth checking out is the Devaswom Museum. The best way to reach this place from Kozhikode is by taxi, which will take around 2 hours to reach.

Located at around 119 kilometers from Kozhikode, Thrissur is a great choice for a getaway. The exotic location of this city will leave you spell bound. The Bible Tower, The Kerala Kalamandalam and the Chavakkad Beach are the major attractions here. The history of this city is preserved in the many museums, archives and stories. This city offers the tourists many sites like beaches, Waterfalls and a dam. Its natural beauty and the serene environment is sure to leave you wanting for more. The best way to reach this place is by train or by luxury bus, both of which take approximately the same time, which is 2 hours and 25 minutes.

Palakkad is a district which lies in the Western Ghats, along the mountain ranges. It is located at a distance of 137 kilometers from Kozhikode and is known for the expansive paddy fields and the rural nature. What’s best in this district is the visual beauty that it offers to the tourists and the locals. Palm trees, the lush green landscapes, the dense forests and the hills on the terrains make this city worth visiting for nature lovers. It is a big producer of rice. Some of the major tourist attractions in Palakkad are the Palakkad fort, the Jain Temple, Malampuzha Dam, amusement park, Silent Valley National Park, Nelliampathy Hill Station, Parambikkulam Wildlife Santuary, Kanjirapuzha, Kollengode Palace, Ottapakam, Thenkurussi and the Dhoni Waterfalls. The best way to reach this place from Kozhikode is by train which takes around 2 hours and 20 minutes to reach.

Located at a distance of 144 kilometers from Kozhikode, this township is small yet scenic. Known for its beauty, this place boasts of a garden and a dam. It is perfect place for nature lovers, picnickers and tourists. The Malampuzha Dam is the biggest dam in Kerala. The biggest attraction in Malampuzha is the reservoir. This reservoir is built across the Malampuzha River. Just 2 kilometers from the dam site is the famous amusement park known as ‘Fantasy Park’. Other attractions in this place are the Thread Garden, the Yakshi Statue, Udan Khatola, the Snake Park, the Rock Garden, Parambikulam Sanctuary, Dhoni Forest Reserve, Deer Park and Thenkurussi. The best way to reach this place from Kozhikode is by taxi, as there are no direct trains to this place from Kozhikode.