Yoga is gaining importance among every section of age, society of Kozhikode due to its several medical benefits. Several forms of yoga like Raja yoga and Hatha yoga are the most popular forms of yoga. Kozhikode also has several yoga centres that are mushrooming all over the city. Some of the best and advanced yoga training centres in Kozhikode are Patanjali Yoga Research Centre, Sri Aurobindo, Art of Living's Yoga Class & Meditation Center, Yoga Therapy & Research Centre, The Art of Living and Internation Vasishta Yoga Research Foundation. Patanjali has its branches situated in various cities of India along with serving this city. It is among the best yoga centre where training and classes of yoga are provided to residents of Kozhikode along with the visitors from entire country. Its yoga centre in Jafferkhan Colony, Near Planetarium in Kozhikode provides various one-month yoga classes. It also provides yoga classes on special demands. The detail of all the yoga centres in Kozhikode is provided below. 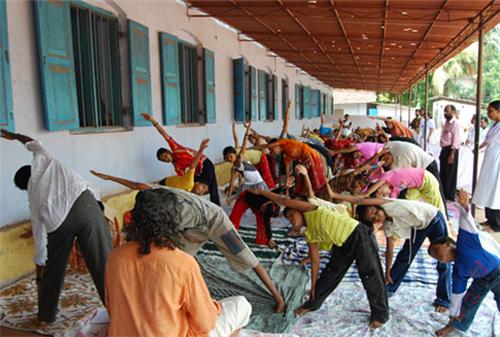